My hubby and I went through Dave Ramsey’s Financial Freedom courses several years ago, and have handled our finances based on this education ever since.  The principles are simple, biblical and attainable (with some hard work).  If you’re interested, I recommend reading his book, Total Money Makeover.  It’s an easy read and well organized.

Dave talks about starting children young on a - give / spend / save - division of funds.

We have worked to teach our son (age 6) the value of working hard and tried not to allow the spirit of entitlement to creep in.  Our daughter (age 3) is still a little young.  But we’re working on saving for her first big thing right now (which she has yet to pick out).

This might seem a little backwards, but for us phase one was Spend.

I first tried to get my little man to work and save, but quickly was frustrated with his lack of motivation.  I found to teach him about money, the experience of (short term) saving for that little $6 toy that they can do two or three special chores for (we paid especially well in the early stages), and walk in the store and hand over their hard earned cash and walk out with a toy, is a big “aha moment” for the little ones.  Our son didn’t “get” money until we let him spend some.

That first spending trip was for a little item, but we quickly worked in the next phase: Saving.

We would take our son to the store and let him pick out something more expensive, that he didn’t have enough money to buy.  We would remind him of this when he was working for money, encourage him to keep working for it and counting his money each time until he had enough to go buy it.  He usually has something he is saving for at any given time; recently he bought a scooter, and has purchased many Lego sets with his own money.  He quickly became very interested in saving.

Well now it is time for phase three.  Giving.

It’s starting to bug me to hand them change out of my purse as they head for childrens’ church.  To hand them cash out of my grocery budget for the charity fundraiser at VBS.  I want them to have a heart for giving.

So it was time to implement the Dave Ramsey recommended piggy banks to make a place for designating “give” funds.

Which, of course, I had to DIY. 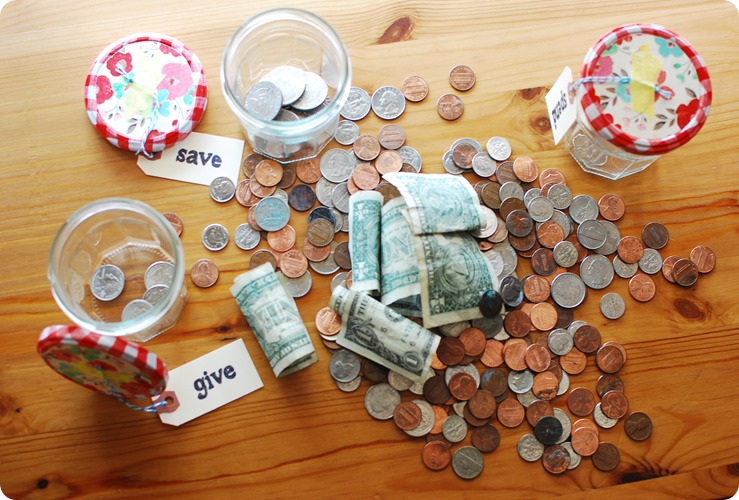 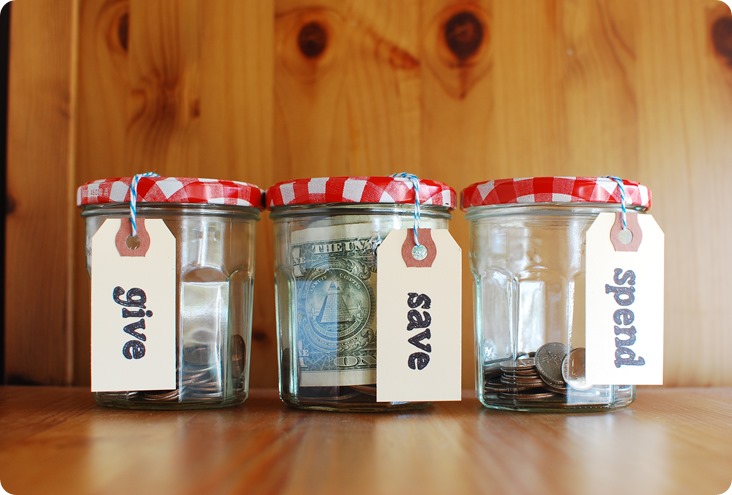 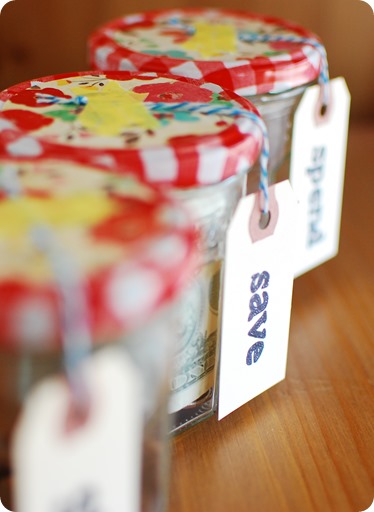 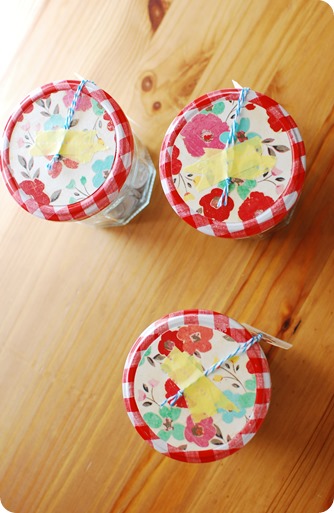 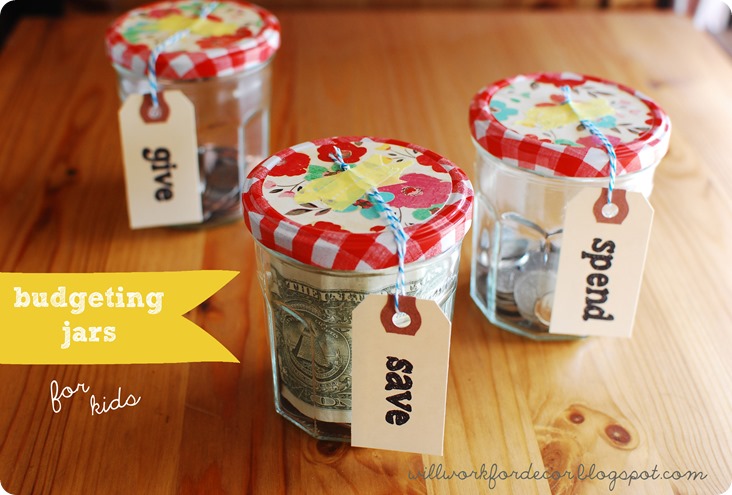 Girly Give / Save / Spend Money Jars:

1. Cut your scrapbook paper into three circles.  Each circle should fit perfectly inside the little ridge that goes around the top of the jar lid.

2. Mod Podge the area inside the ridge on the jar and apply your paper.  Immediately Mod Podge over the top of the paper, and just over the edge so it seals it from grubby little hands.

And if it’s a little man you’re planning this for, check out my boy take on the project for my son… 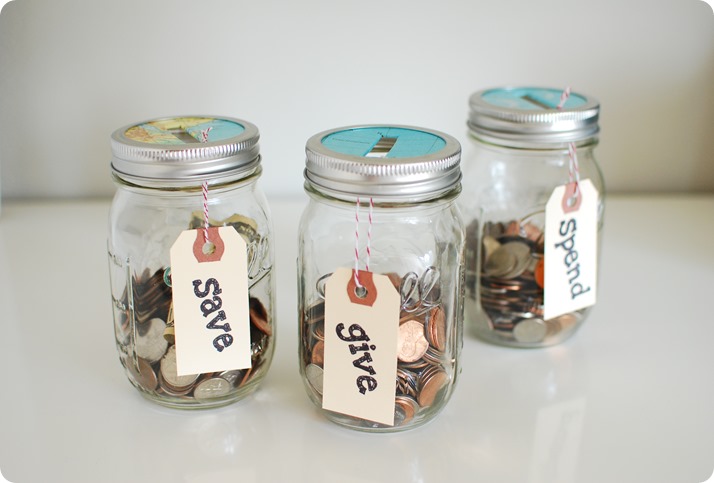 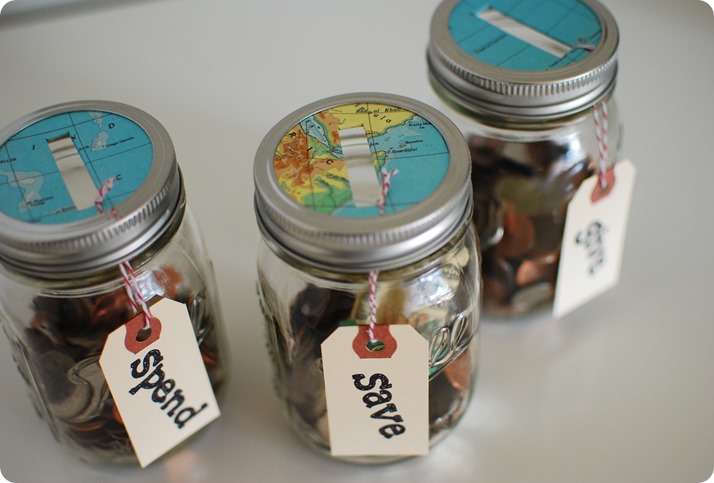 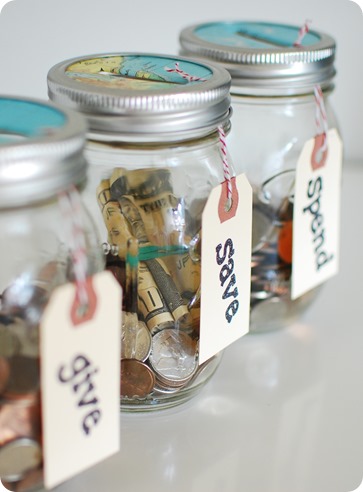 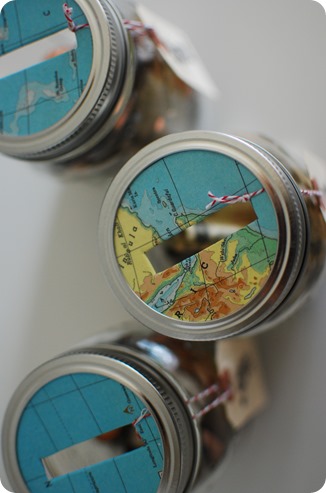 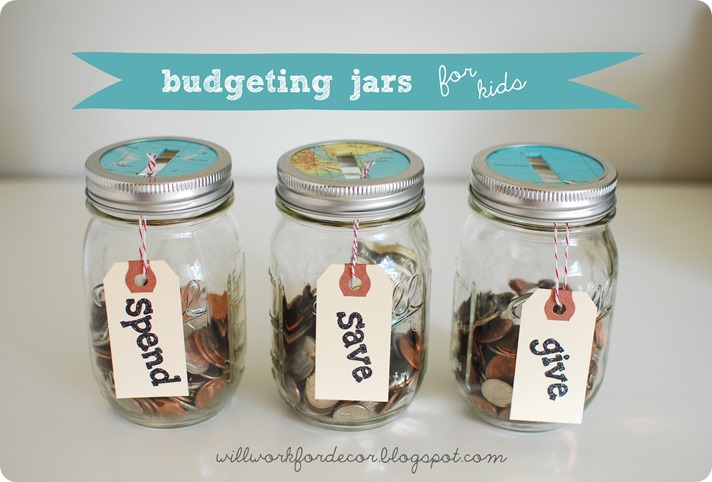 Boy Give / Save / Spend Money Jars:

1. Cut three circles of cardboard.  Each circle should fit perfectly inside the lid.  Then cut three map paper circles the same size.

2. Cut the holes in the cardboard where money can be deposited.  Mod Podge the map paper circles to the cardboard circles.  When dry, cut a slit with “v”s at the ends like this: >--------< in the map paper inside the deposit hole of the cardboard from the back side with an Exacto knife so that you can fold the map paper sections to the back and secure with washi tape.  Mod podge the tops of the map paper lids.  Then assemble your lids: I added a circle of tacky glue around the lid edge to hold it together permanently.

4. Loop baker’s twine through the hole in the tag, and loop one end around your jar lid and through the deposit slit.  Tie.

I hope you like these simple little projects.  I am excited to emphasize adding money to the “give” jars as they earn money now.

And I should add that we do not pay our kids for doing chores.  In the beginning we did a few times, just to get the ball rolling, but now they are expected to be responsible for themselves and their belongings without monetary reward.  They get paid for doing harder, longer jobs that are above and beyond their normal responsibilities.  Those jobs also pay well.  =)  We by no means have it all figured out, but I thought I’d share what has worked for us thus far.

Have a great day! 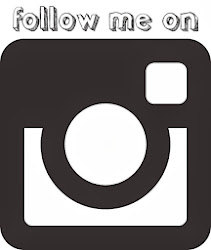 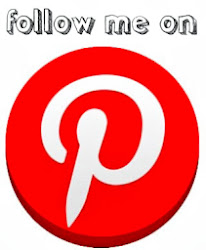